An extreme skier from the United States who died after falling from one of the world's highest mountains was given a traditional funeral at a Sherpa cremation ground on Sunday as Buddhist monks officiated over a ceremony attended by family, friends and government officials. Hilaree Nelson fell from the 26,775ft (8,163m) summit of the world's eighth-highest mountain, Mount Manaslu, last week while skiing down with her partner, Jim Morrison. 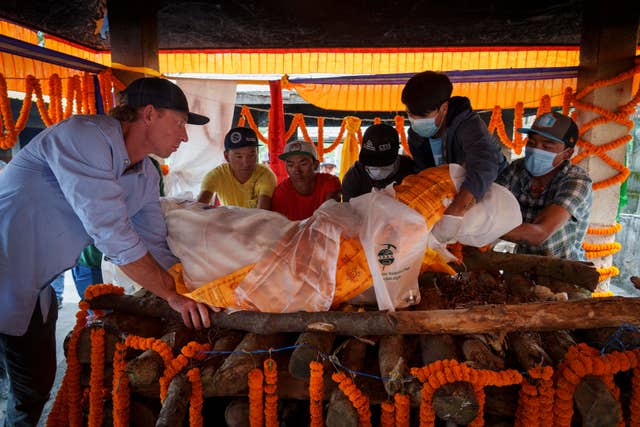 The 49-year-old's body was taken to the Sherpa cremation grounds in Kathmandu from a hospital morgue on the back of a open truck, which was decorated a poster of her and bedecked with garlands of flowers. Family, friends, mountaineers and government officials gathered at the funeral ground, offering flowers and scarfs that were place on her remains, which were then rested on a stack of wood. 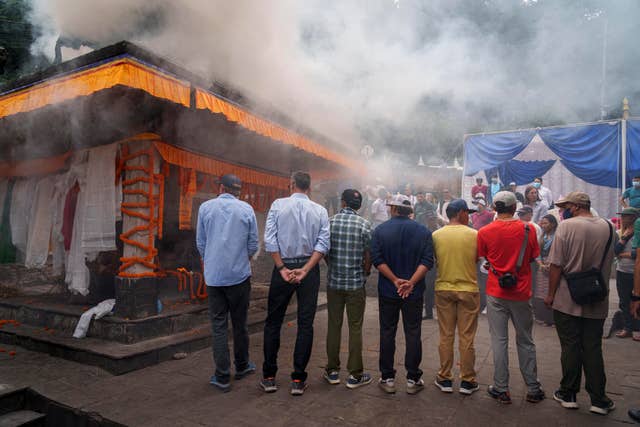 Ms Nelson's relatives flew to Kathmandu for the funeral. She had disappeared on September 26 and rescuers searching by helicopter located her body two days later and it was flown to Kathmandu. Bad weather had hampered the initial search.

Climbers om Mount Manaslu have been struggling with bad weather conditions and repeated avalanches. On the same day Ms Nelson fell, an avalanche at a lower elevation on the same mountain killed a Nepalese man and injured several other climbers. 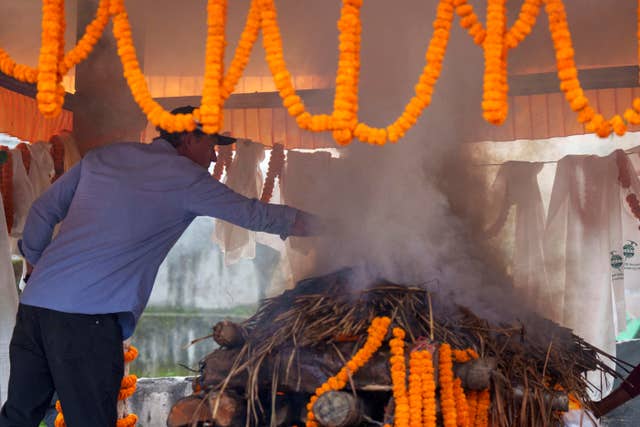 Jim Morrison was skiing down Mount Manaslu with his partner, Hilaree Nelson, when she fell to her death (Niranjan Shrestha/AP)

Hundreds of climbers and their local guides have attempted to reach the mountain's summit during Nepal's autumn climbing season. Ms Nelson, from Telluride, Colorado, and Mr Morrison, from Tahoe, California, are extreme skiers who reached the summit of Mount Lhotse, the world's fourth-highest mountain, in 2018.

Nepal's government has issued permits to 504 climbers during this year's autumn climbing season.

Most are climbing Mount Manaslu.