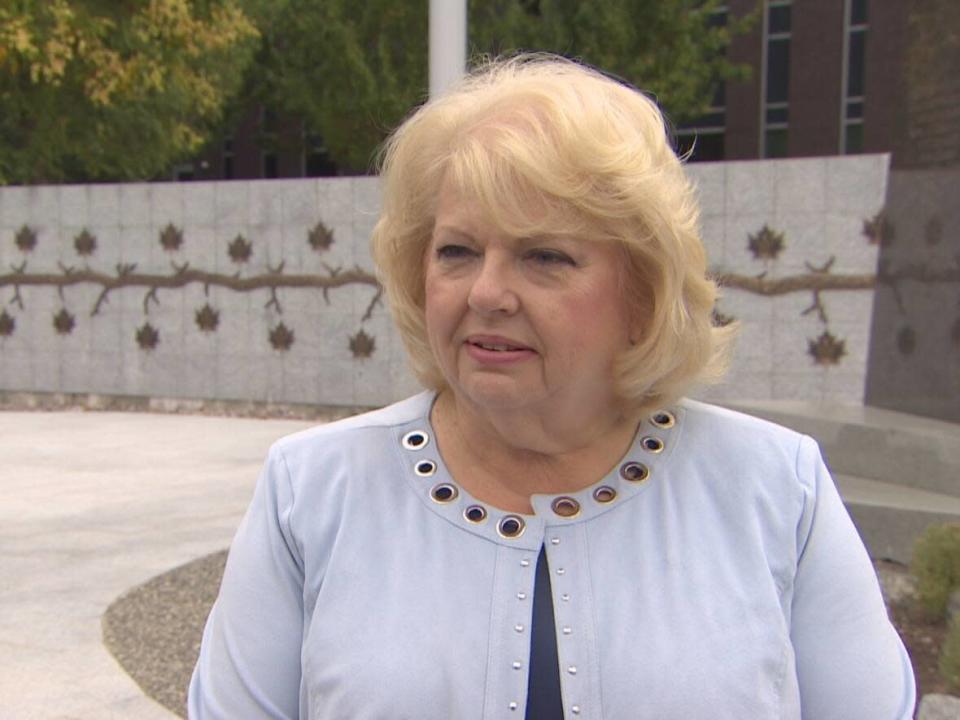 Brenda Locke stands in front of B.C. RCMP headquarters in Surrey on Sept.

Surrey mayoral candidate Brenda Locke has set her election platform apart from her competitors with a promise to stop the transition to a municipal police force as she competes against seven other candidates in a race where having dedicated voters motivated by the biggest policy issue of the last four years could make a big difference. Last month, Locke who is currently a councillor in Surrey, chose to hold a campaign event in front of B.C. RCMP headquarters to drive home her message to those opposed to Mayor Doug McCallum's policing policy. Locke is energetic and bubbly, but her mood darkens when she discusses the transition -- one that she initially voted for as a member of McCallum's team on council but which she has spent the last three and a half years condemning.

What is Surrey Connect? It is a new political party founded by Locke, a former MLA for Surrey Green Timbers who was executive director of several non-profit organizations over the years. She started the party shortly after leaving McCallum's Safe Surrey Coalition in 2019.

She is running with a team of eight council candidates, which include Rob Stutt, Pardeep Kooner, Gordon Hepner, Harry Bains (not the MLA), Rochelle Prasad, Sebastian Sajda, Wil Kwok, and Ramona Kaptyn. If elected, Locke said she plans to run a collaborative council with a diverse slate. What is their biggest issue?

It's clear the party's bread and butter issue is to keep the Surrey RCMP, with Locke promising to kill what she said would be a "financially devastating" transition. "We believe this transition must stop, and it must stop as soon as we are elected." She said her team calculated the costs of creating and operating the Surrey Police Service and believes reversing course and staying with the RCMP would save £521 million.

"That's half a billion dollars more that will be needed in this budget than if we stayed with the RCMP. That means taxes for the average home will go up £500 every year to cover this transition," Locke claimed, arguing that extra cost would not result in better service. Story continues

Her message has attracted support from the Keep the RCMP in Surrey group, which has resulted in a complaint to Elections B.C. over allegations the group is acting as an unregistered third party to help Surrey Connect get elected. The Ministry of Public Safety and Solicitor General said the provincial government is refraining from commenting on the debates and speculation taking place during municipal elections but said the City of Surrey's police transition has completed several key milestones as the Surrey Police Service moves toward becoming fully operational. What will they do about transparency at city hall?

Like the majority of candidates in the race, Locke said most of her team is running because of ongoing issues at city hall over what is happening behind the scenes. She took aim at McCallum and promised to re-establish an ethics commissioner for Surrey following a council vote in April to ban new ethics investigations until after the election on Oct. 15. "We need to make sure that people know this is their city hall.

This is their city. It belongs to everyone. It does not just belong to Doug McCallum."

McCallum was charged with public mischief in December over a police complaint he made last September, claiming that his foot had been run over in a parking lot. Locke also promised to bring in whistleblower protection and to try to recoup costs associated with McCallum's legal fees, which are covered by the city. What are some of their other promises?

Locke is slowly releasing her platform, but some of her promises target policies and decisions made by the current mayor and city council. If elected, she plans to increase budgets for the city's fire department, police and bylaw services, decrease the backlog in construction application requests, advocate for more buses and invest in new sports and entertainment facilities. But Locke's campaign will be defined by her stance on the Surrey police transition -- and says even though it's been approved by the provincial government, a U-Turn is still possible.

"There are too many out there in this campaign saying it is too late," she said. "Don't believe a word of it. That is not truthful. That is a myth."

CBC News will be profiling all political parties in Surrey ahead of the municipal elections in October.