In Pictures: Hurricane Ian slams into Florida after killing two people in Cuba

Hurricane Ian left a path of destruction in south-west Florida, trapping people in flooded homes, damaging the roof of a hospital intensive care unit and knocking out power to two million people before aiming for the Atlantic Coast. One of the strongest hurricanes to hit the United States barrelled across the Florida peninsula overnight on Wednesday, threatening catastrophic flooding inland, the National Hurricane Centre warned. 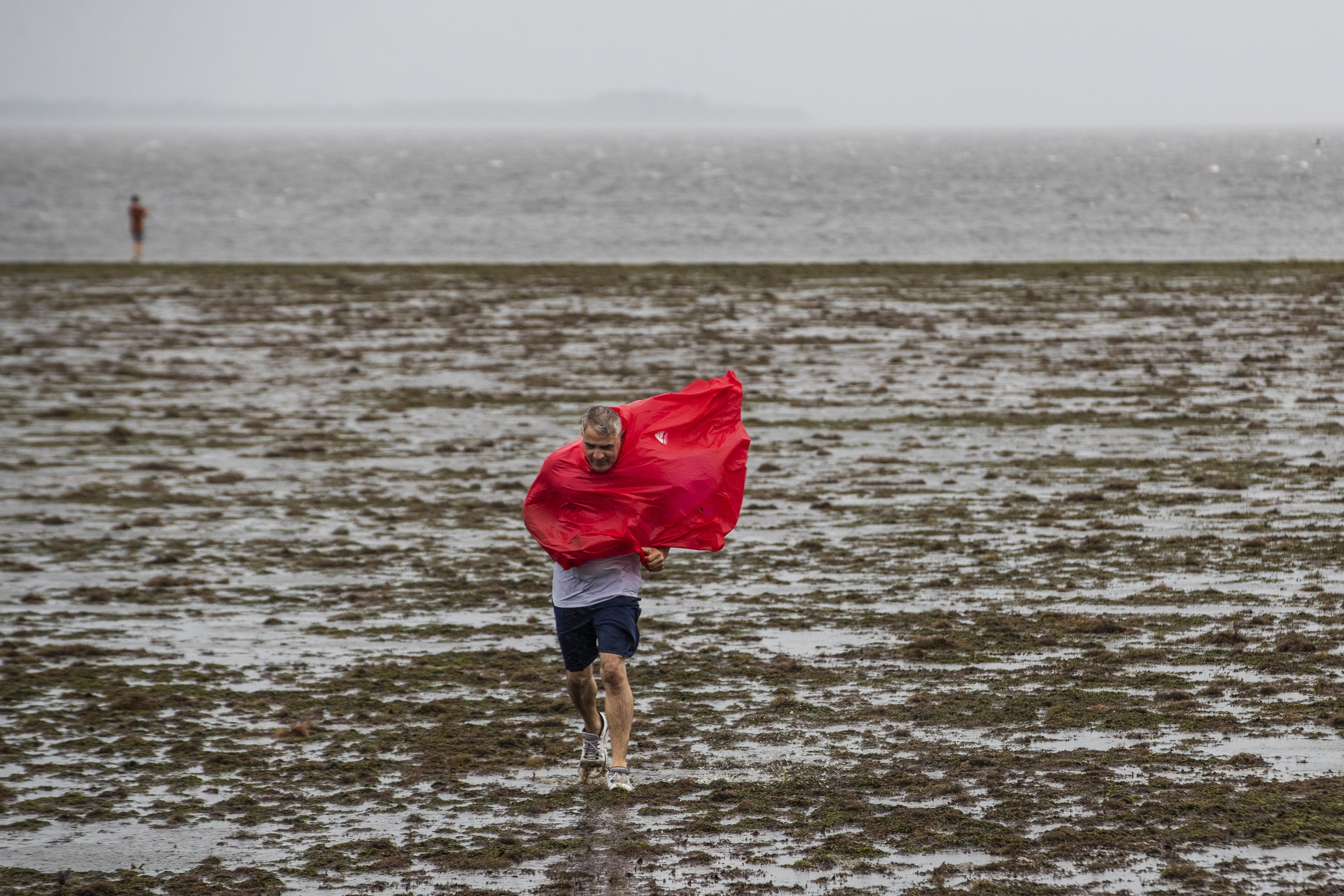 The centre's 2am advisory said Ian was expected to emerge over Atlantic waters later on Thursday, with flooding rains continuing across central and northern Florida.

Brianna Renas, 17, inspects a fallen palm tree outside her home in Cape Coral after riding out Hurricane Ian with her family (Douglas R. Clifford/Tampa Bay Times/AP)

A truck pulls a man on a kayak on a low-lying road after flooding in Key West, Florida (Mary Martin/AP)

In Port Charlotte, along Florida's Gulf Coast, the storm surge flooded a lower-level emergency department in a hospital even as fierce winds ripped away part of the roof from its intensive care unit (ITU), according to a doctor who works there. 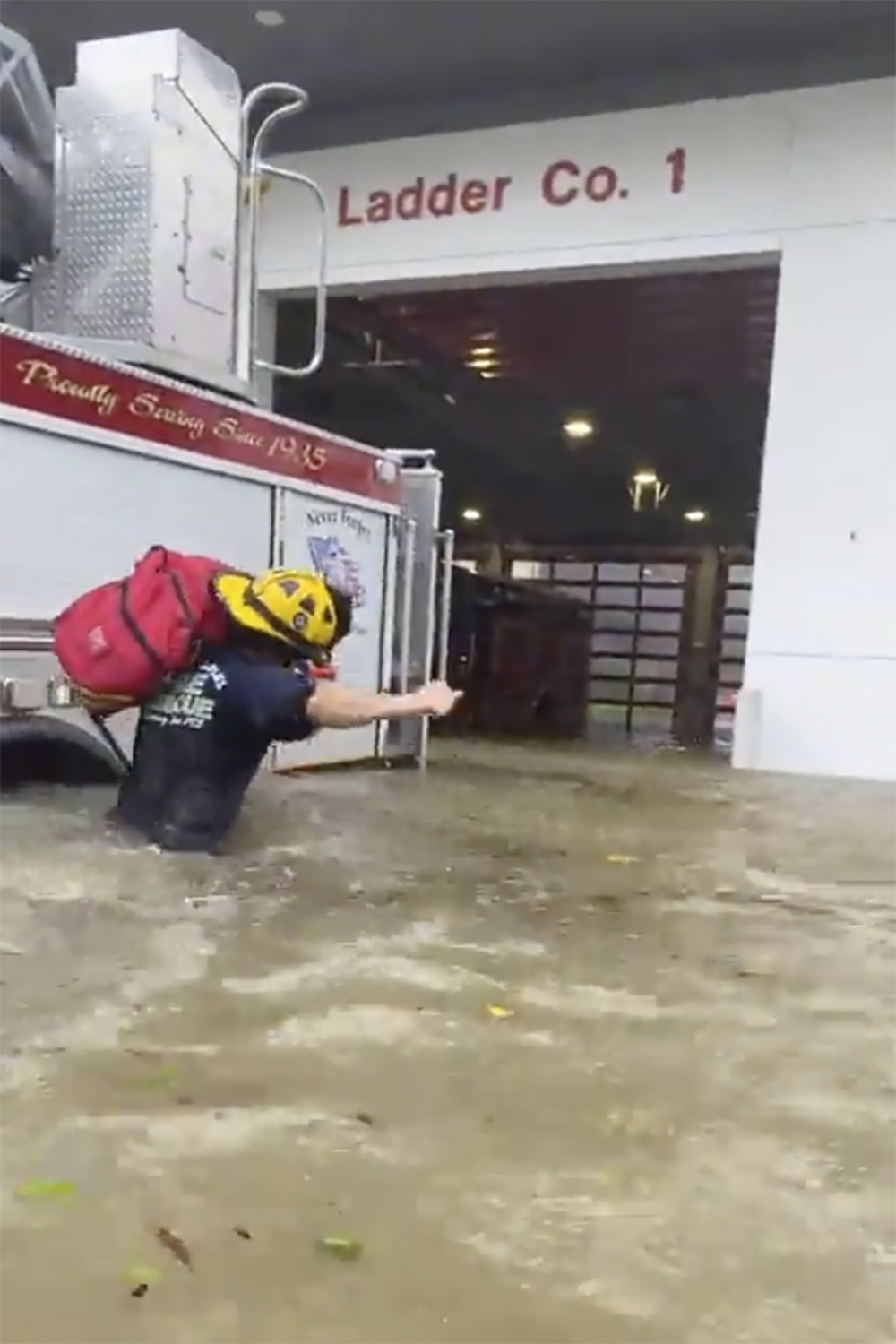 Hurricane Ian turned streets into rivers and blew down trees as it slammed into south-west Florida on Wednesday with 150mph winds, pushing a wall of storm surge.

Ian's strength at landfall was category four and tied it for the fifth-strongest hurricane, when measured by wind speed, to strike the US. Ian dropped in strength by late Wednesday to category one, with 90mph winds as it moved overland. 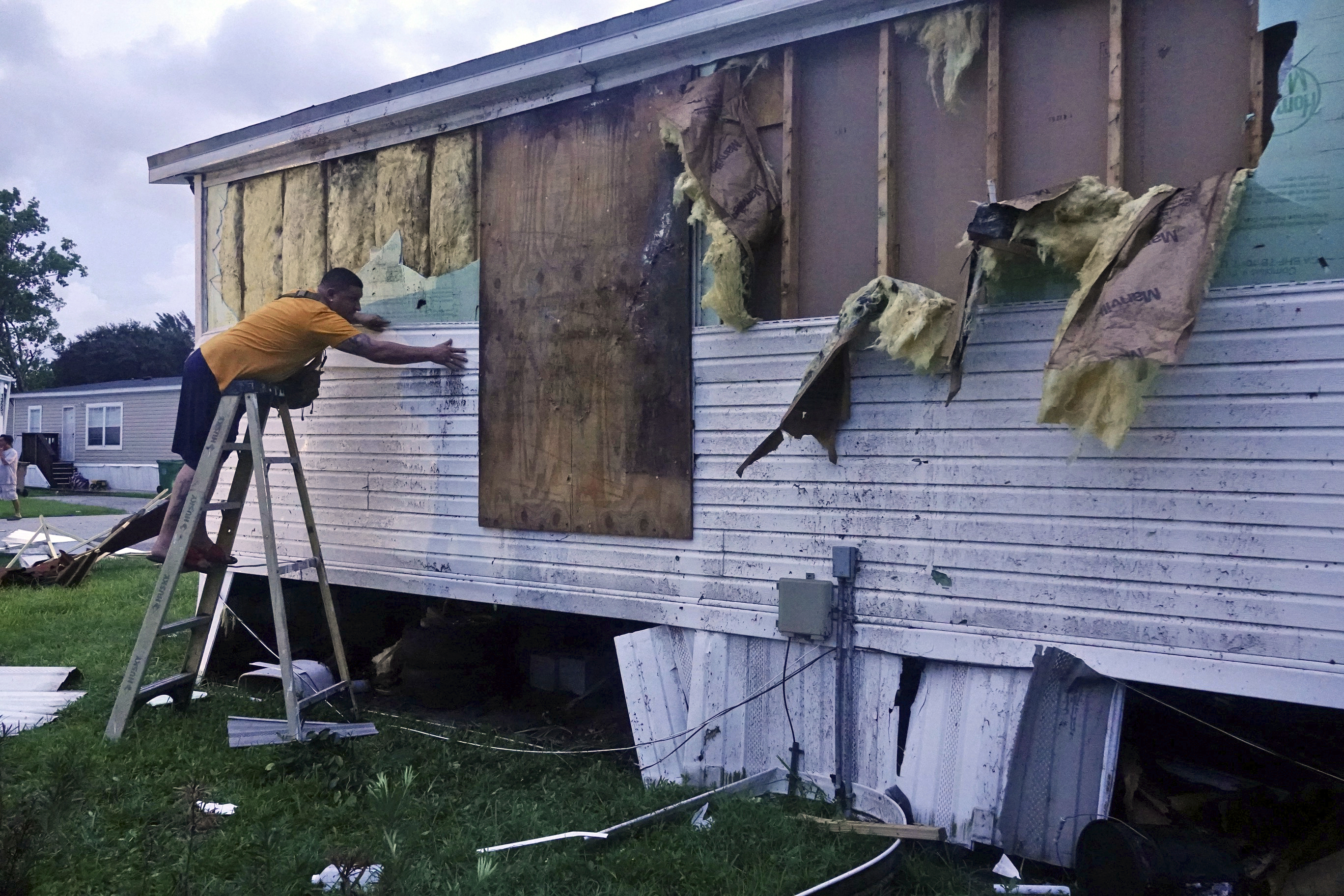 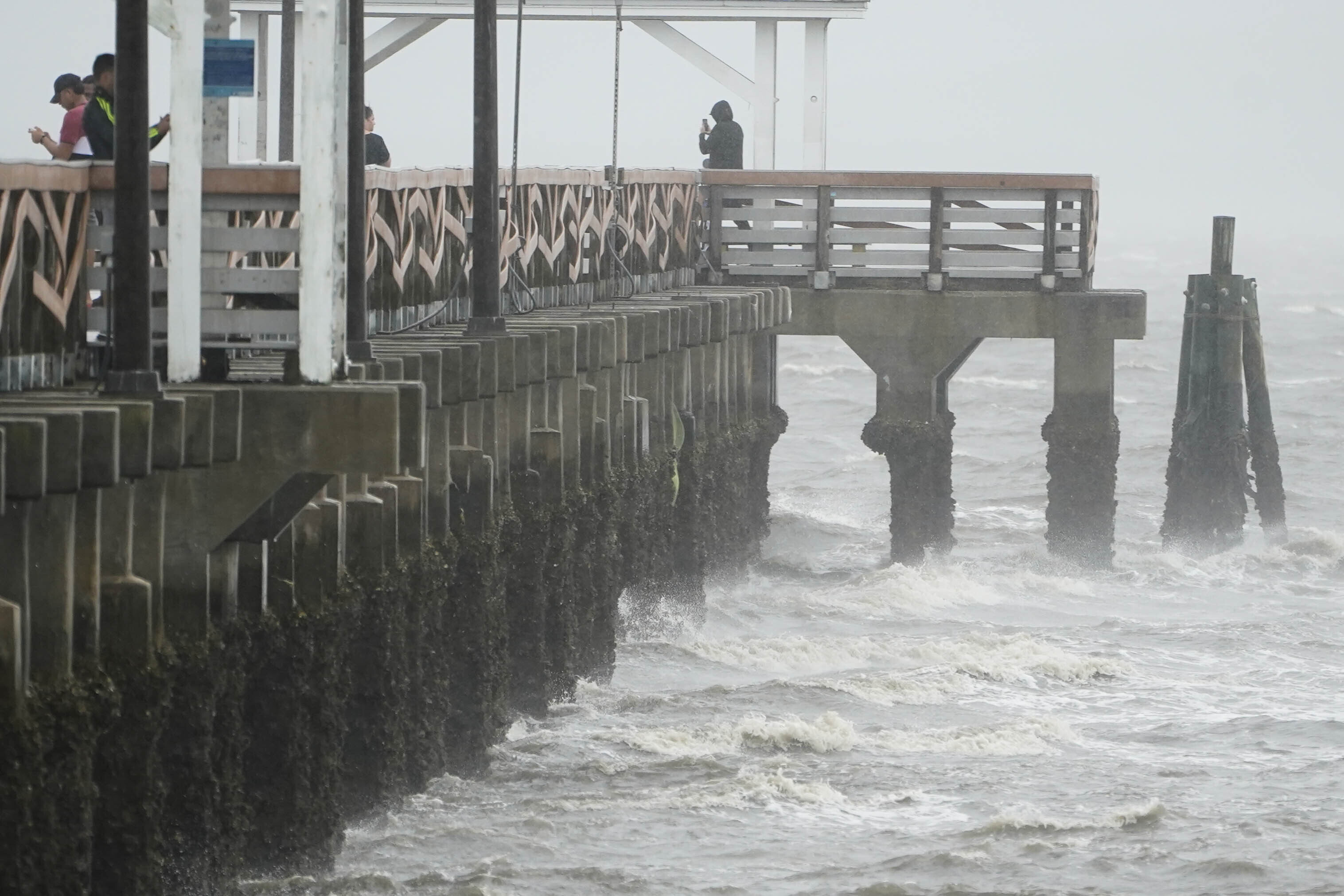 Waves crash along the Ballast Point Pier ahead of Hurricane Ian in Tampa, Florida (Chris O'Meara/AP)

Still, storm surges as high as six feet were expected on the opposite side of the state, in north-east Florida, on Thursday. The storm was about 55 miles south west of Orlando with maximum sustained winds of 75mph at 2am on Thursday, the Miami-based hurricane centre said. Hurricane-force winds were expected across central Florida until later on Thursday with widespread, catastrophic flooding likely, the hurricane centre said. 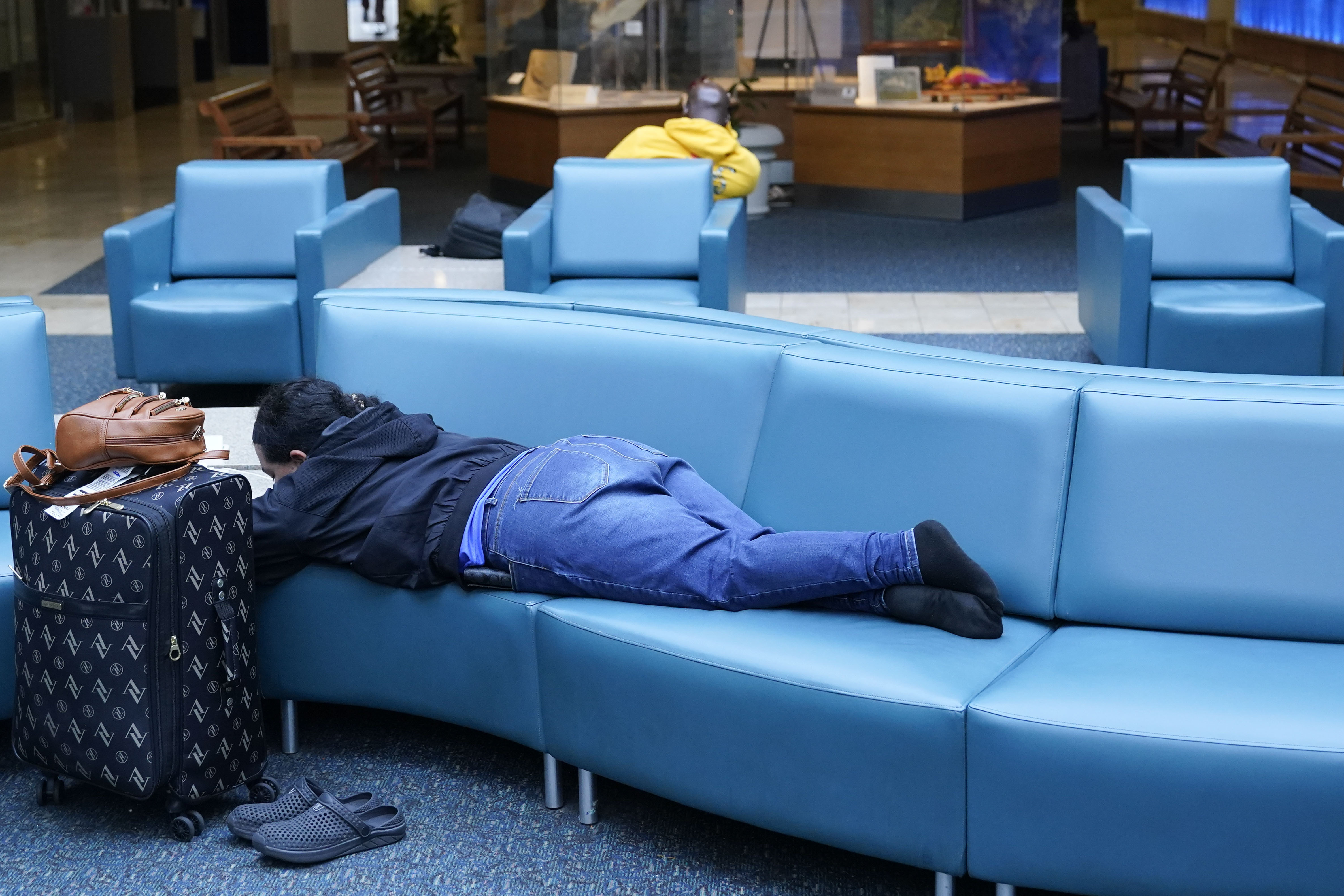 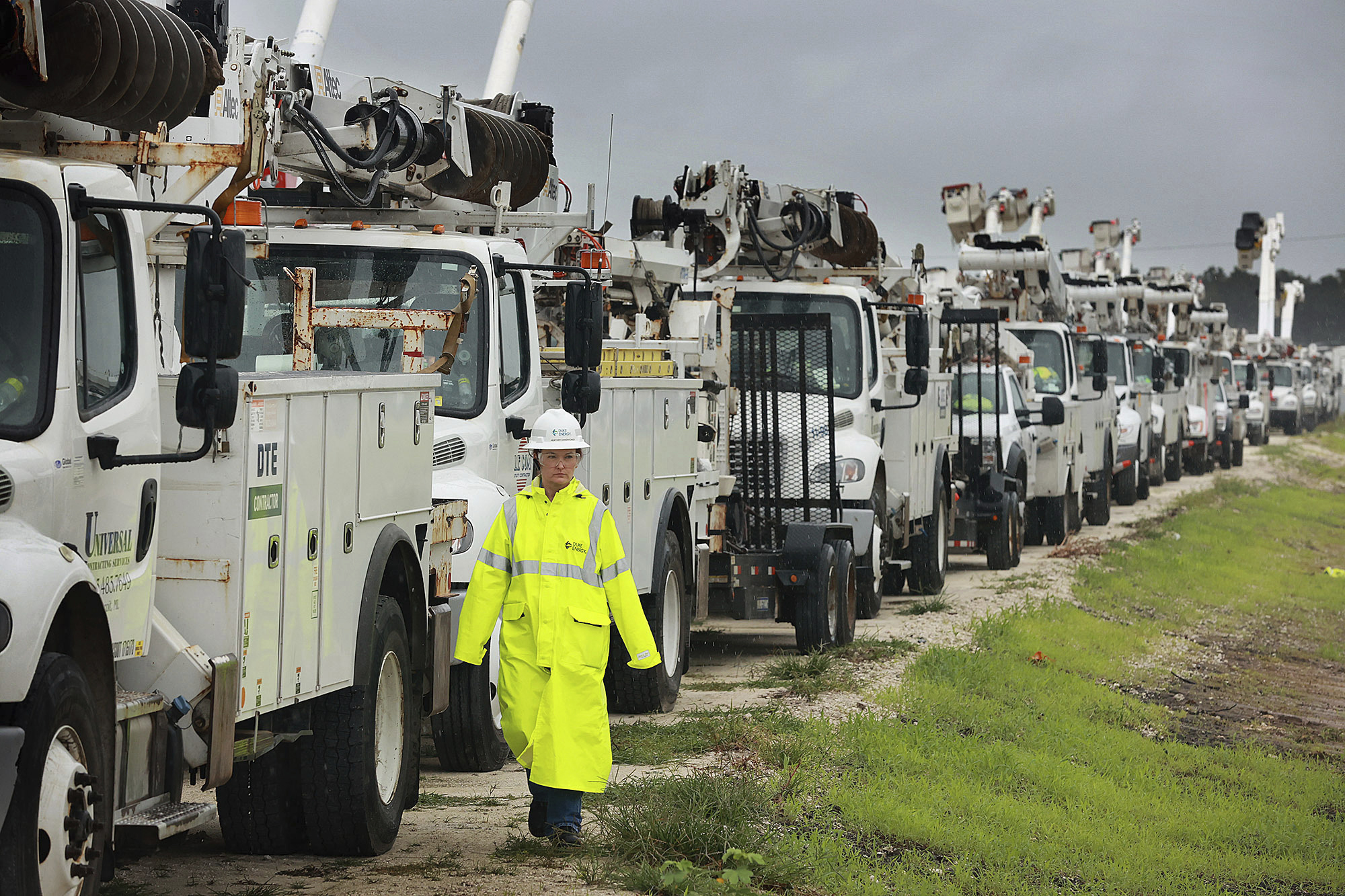 No deaths were reported in the United States from Ian by late Wednesday.

But a boat carrying Cuban migrants sank on Wednesday in stormy weather east of Key West. The US coastguard initiated a search-and-rescue mission for 23 people and managed to find three survivors about two miles south of the Florida Keys, officials said. 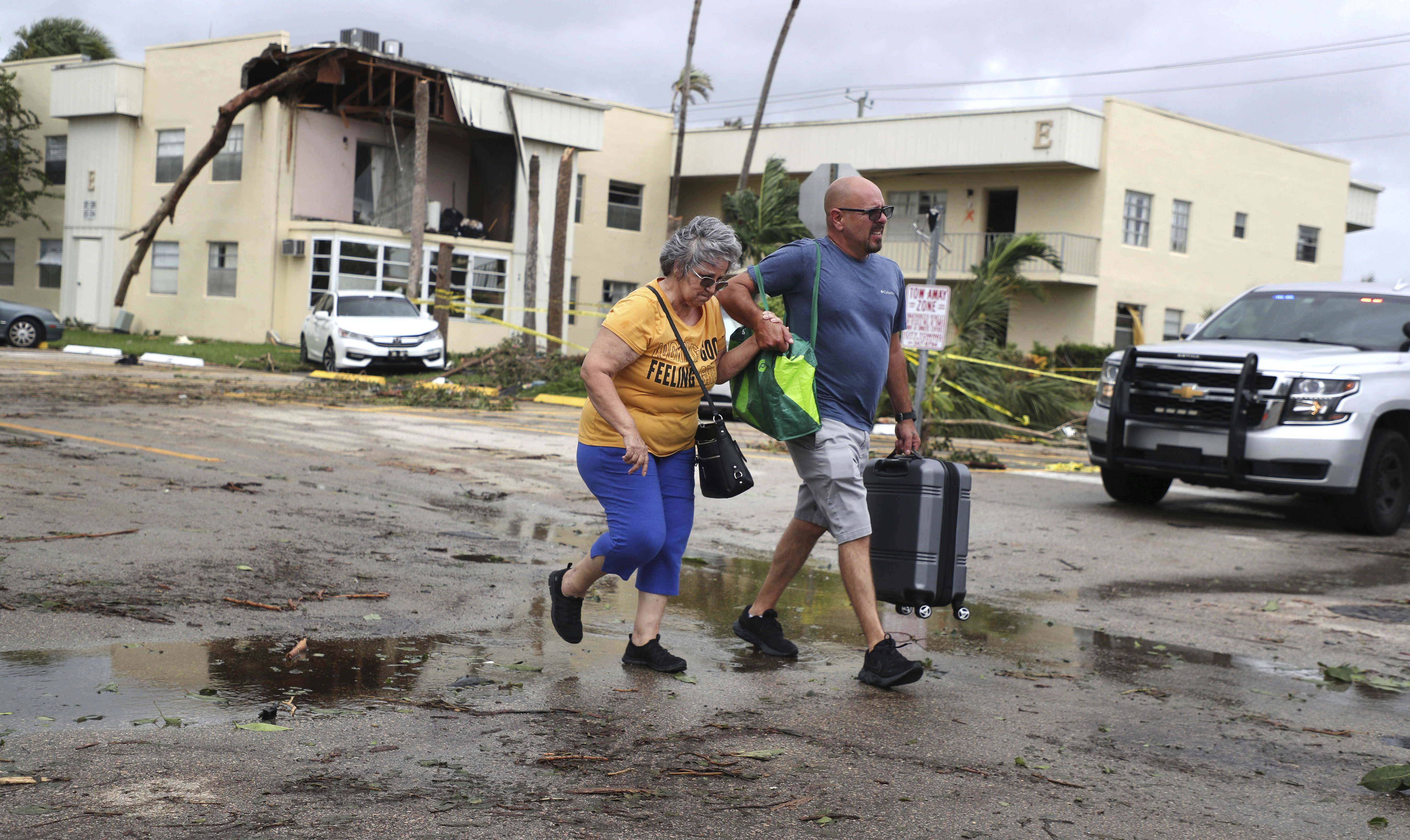 King Point resident Maria Esturilho is escorted by her son Tony Esturilho as they leave behind the damage from an apparent overnight tornado spawned from Hurricane Ian at Kings Point 55+ community in Delray Beach, Florida (Carline Jean /South Florida Sun-Sentinel/AP)

A King Point resident looks through her broken window as a man boards up another broken window from an apparent overnight tornado spawned from Hurricane Ian at Kings Point 55+ community in Delray Beach, Florida (Carline Jean /South Florida Sun-Sentinel/AP)

The storm previously tore into Cuba, killing two people and bringing down the country's electrical grid.