I’m the youngest HGV driver in the UK

A SCOTS teenager has become the UK's youngest HGV driver after passing gruelling practical and theory tests. Robbie Smith, from Kirkliston, Edinburgh, now finds himself behind the wheel of the huge lorries just two months after his 18th birthday. 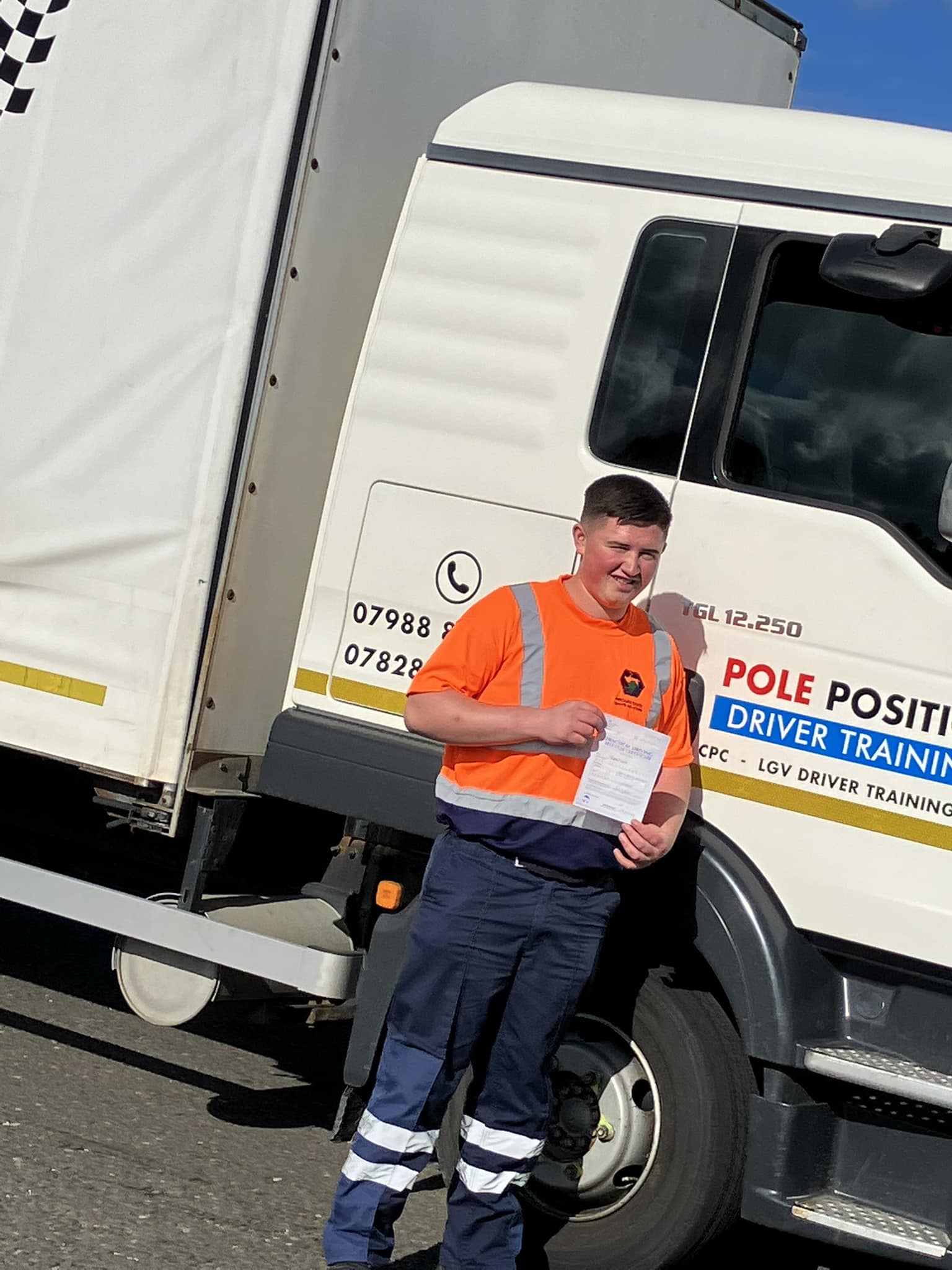 The teen successfully passed his test with only two days of training after he was hindered when the learning vehicle he was using was off the road for it's MOT. Having always had an interest in lorries from a young age, he became heavily involved with them when he left school at the age of 15.

And he wanted to follow in the footsteps of his proud dad, Duncan Smith, who founded and operates Progressive Waste Solutions Ltd in Edinburgh. Robbie knew when he left school that he wanted to join the family business and was always interested in driving after watching his dad.

And after passing his driving test shortly after turning 17, Robbie wanted to quickly extend the number of vehicle categories on his license. He has now revealed that he hopes this is the first step in a lucrative career which will see him drive lorries across Europe and allow him to travel.

He told Edinburgh Live: "I wasn't aware I was the youngest until the examiner told me when I'd passed, I was just delighted to achieve my goal. "Everyone at work has been great.

Most read in Motors

"All my colleagues and family within the business were really supportive with advice and encouragement. "Although I've passed, I'm still learning everyday. "I'm looking forward to sitting my class C+E test one day which could lead to me driving around Europe in the future."

Duncan, 41, added that the whole family is "really proud" of the ambitious youngster. He posted a picture of Robbie with his certificate on the day he passed his test on social media as he congratulated him. Taking to Facebook, The proud dad wrote: "Congratulations Robbie Smith.

"Passed his HGV Class 2 driving test today. "Training was cut short to 2 days after vehicle issues but still managed to come through with only a few minors. "Must be one of the youngest in Scotland to have passed at 18yrs and 2 months!

"First thing he said was 'Dae ah get a pay rise'.

"Well done Son!" The post racked up more than 200 reactions and shares as users flocked to the comments to congratulate him. We pay for your stories and videos!

Do you have a story or video for The Scottish Sun?