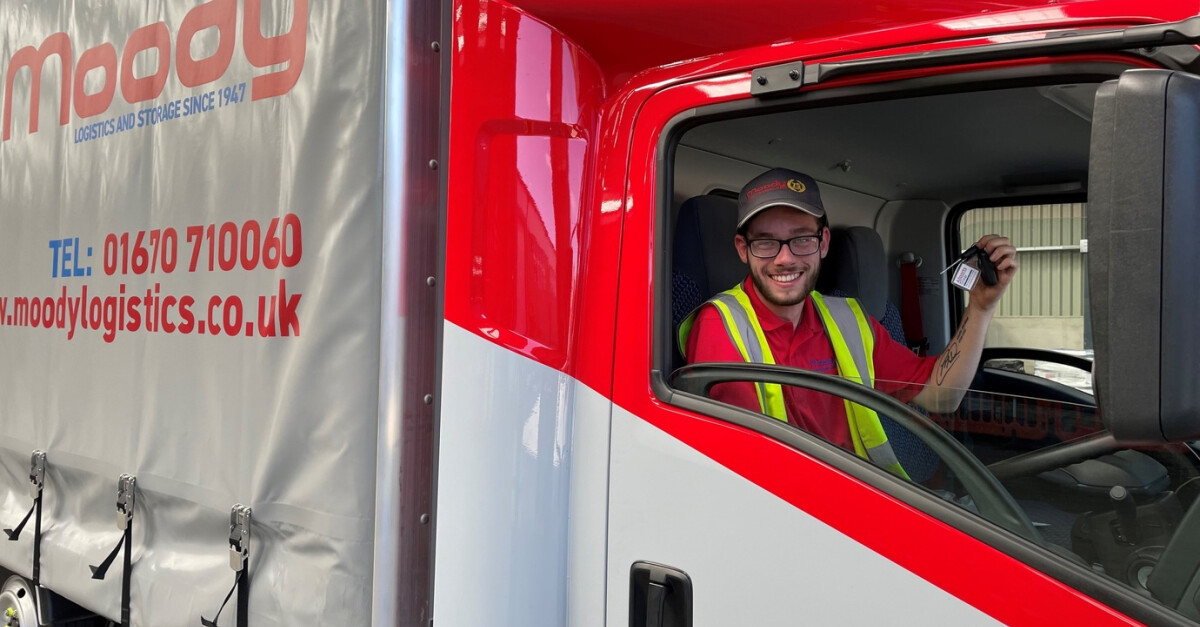 Member Article Moody Logistics and Storage has welcomed its youngest ever Class 2 LGV driver after he completed the company's bespoke fast-track apprentice training scheme. The success of 20-year-old Alex Elrod, from Blyth, will help drive down the average age of drivers at Moody's, which was previously 44 compared with the national average of 56.

Before joining the Northumberland-based company, Alex was a warehouse operative at the Port of Blyth, but he always had held ambitions to pursue a career as a HGV lorry driver. He said: "I am thrilled that I have achieved my dream of moving into a driver's role in the logistics industry. "It has been fantastic getting the opportunity to develop my skills at Moody's, which is a growing business that values high quality driver training.

"I have learned so much already but appreciate there is more to take on board as I settle into my job as a Class 2 driver. "I am hoping to further my career at Moody's, which places a lot of emphasis on the career and personal development of its employees." Caroline Moody, managing director of the Cramlington firm, said: "The demographic of the logistics industry is an ageing one and it is vitally important that more young people are encouraged to consider a career as a truck driver.

"We are committed to providing opportunities for workers to progress in our family-run company and achieve their career goals and aspirations. "Alex has great attitude and work ethic and has worked really hard. He fully deserves his success in passing his Class 2 Large Goods Vehicle test.

"He is passionate about moving up the ranks and becoming a Class 1 driver." Moody's launched its own driver training programme last year to overcome the lengthy delays, which were hindering the government-backed driver apprenticeship scheme, which can take up to 18 months to qualify. It has attracted the endorsement of the Department of Transport, which has highlighted examples of Moody's in-house apprentices in a bid to encourage people to consider a career as a truck driver.

This was posted in Bdaily's Members' News section by News Gathering .